The new year stands before us, like a chapter in a book, waiting to be written. Sven Lindström, CEO of Swedish solar energy technology leader Midsummer, gives us his insights as to what developments we can we expect from the solar and renewable energy sectors in 2019 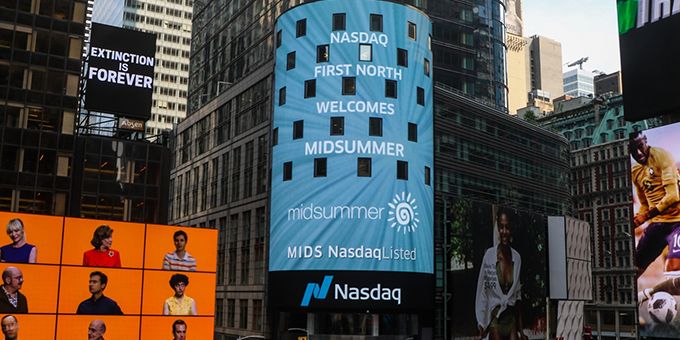 The new year stands before us, like a chapter in a book, waiting to be written. Sven Lindström, CEO of Swedish solar energy technology leader Midsummer, gives us his insights as to what developments we can we expect from the solar and renewable energy sectors in 2019:

Simplicity in installation ever more important

Global photovoltaic monocrystalline silicon module prices fell sharply in 2018. I predict continued depressed prices in 2019 at around or even below 0,20 USD/W coming from China. The conclusion and end result is that the cost for modules become an even smaller part of the total installation cost, which in turn will lead to a different business model.

The potential for profits no longer lies with the module costs, but with logistics, balance of system costs and soft costs like permits and administration. So the focus will shift to ease of installation and new markets where solar modules are still in the ‘greenfield’ phase: weak roofs, building integrated photovoltaics etc.

As solar energy installations spread, there will be an increased focus on its carbon footprint and energy payback. To manufacture energy demanding silicon panels, glass and aluminium frames with dirty coal power is not environmentally friendly. PV suppliers will be increasingly judged on the climate effect of their production processes. The advantage here lies with manufacturers of frame- and glassless thin film solar panels which can carry a carbon footprint of merely 1/10 of silicon panels.

In clean energy leading California, new guidelines are introduced for grid owners to communicate with and steer individual inverters to control the supply and reduce pressure on the grid in an efficient way. At the same time, inverters will be required to automatically regulate their output depending on fluctuations in voltage and frequency, which they will be able to do quicker and more effectively than the large central power stations can manage, regardless of technology.

This is good news for everyone as new capital-intensive grids might not be necessary at all. Instead it is about software and communication, but are grid owners acting fast enough? Maybe Google, Apple or Amazon could do it twice as fast, and cheaper? A smart home with a smart grid, maybe the threat to utility companies is in the cloud?

Batteries might do exactly the same thing as smart inverters

Batteries are still expensive, but coming down in price. For the long term, when it comes to residential storage, I predict exactly the same curve and market shift as for PV-panels. From today’s ~1,000USD/kWh I think we will sooner than expected reach 100 USD/kWh. Quality from China will become good enough to dominate the market. This is great news for all consumers. With smart inverters and batteries, for most households the grid could be seen as just a back-up solution.

Government incentives played out their role, but there is need for regulations

In most markets government incentives for investment or feed-in tariffs have played out their roles. With today’s and future prices of PV panels, electricity and battery solutions no incentives are needed. However, in order to stop grid owners from killing the market, strong government regulations to allow PV connections with limited restrictions are needed, now more than ever.

PPAs and auctions will dominate the constructions of large parks

Large parks are still needed in many markets. Even though they do not utilize the true strengths of distributed PV power, they still offer the lowest electricity generation cost in many parts of the world. They also provide a backbone for large suppliers of PV panels. This is a market where utility companies can make a difference in the energy transition, (but households and their grids could better be handled by the large IT companies). Power purchase agreements (PPAs) and auctions will dominate the construction of large parks.