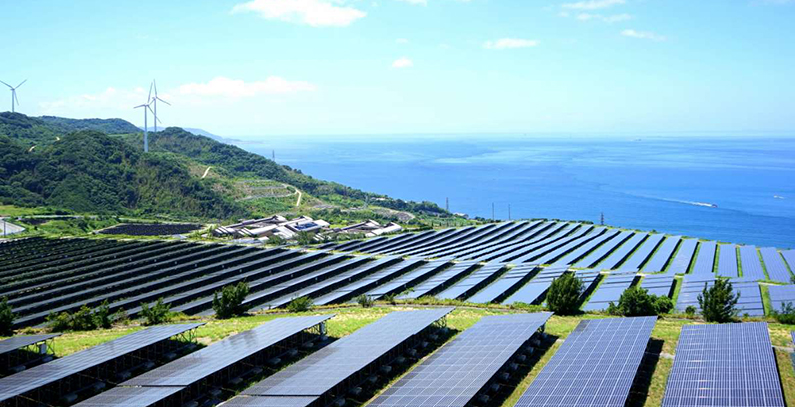 Renewable capacity expansion continues to be driven mostly by new installations of solar and wind energy, which accounted for 84% of all new capacity installed in 2018, finally pushing the overall share of hydro to just under 50%. For the first time total renewable energy generation capacity reached a third of total installed electricity capacity, or 2,351 GW, at the end of last year.

According to Renewable Capacity Statistics 2019, released by the International Renewable Energy Agency (IRENA), hydropower accounts for the largest share with an installed capacity of 1,172 GW, wind and solar energy account for most of the remainder with capacities of 564 GW and 480 GW respectively.

Other renewables included 121 GW of bioenergy, 13 GW of geothermal energy and 500 MW of marine energy (tide, wave, and ocean energy).

The annual increase was bolstered by new additions from solar and wind energy, which accounted for 84% of the growth.

Asia accounted for 61% of total new renewable energy installations and grew installed renewables capacity by 11.4%. The growth was fastest in Oceania that witnessed a 17.7% rise in 2018. Africa’s 8.4% growth put it in third place just behind Asia.

While non-renewable generation capacity has decreased in Europe, North America, and Oceania by about 85 GW since 2010, it has increased by 725 GW in Asia and 100 GW in the Middle East over the same period. Together, these amounts are roughly the same as the global expansion in non-renewable capacity over the period.

Since 2000, non-renewable generation capacity has expanded by about 115 GW per year (on average), with no discernible trend upwards or downwards.

Expansion of solar mini-grids slowed in the last two years

Just over half of this capacity is located in biomass processing facilities and another one-third is off-grid solar PV generation.

Solar mini-grids and household devices each account for about 15% of the off-grid solar capacity and the remaining 70% is used in non-residential applications.

Preliminary figures suggest that the expansion of solar mini-grids has slowed in the last two years, but growth trends in the other end-uses remain stable, the IRENA’s study reads.