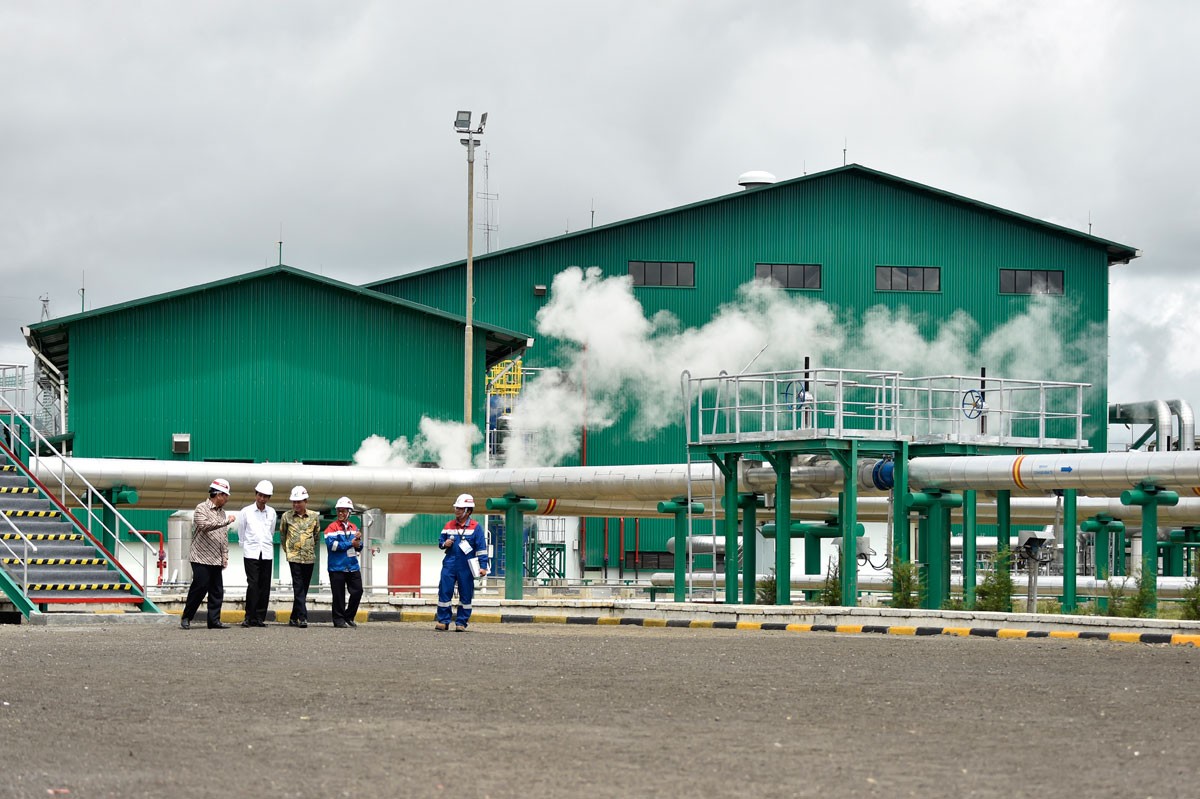 The continuous decline in oil prices that has led to a lower contribution to national revenue should become a wake-up call for the government to immediately kick off fiscal reform that would speed up the use of renewable energy, experts in a recent discussion said.

According to a new report released by the Canada-based International Institute for Sustainable Development (IISD), most revenue from the oil and gas sector was indirectly allocated for fossil fuel consumption.

Based on the research that looked into the 2014-2016 fiscal years, the average contribution of the oil and gas sector stood at Rp 190 trillion (US$16 billion) annually or 18 percent of government revenue, but 14 percent of which was later channeled for fossil fuel subsidies.

“As revenue from fossil fuels declines, it is more important than ever for this clean energy transition to be accelerated. Indonesia’s past shows it can grow its economy without expanding fossil fuel extraction,” IISD senior policy advisor and lead for Indonesia Philip Gass said.

Without increasing revenue, the fossil fuel subsidy would only encourage the wasteful consumption of energy, leading to faster depletion of Indonesia’s oil, gas and coal reserves, the report further stated.

The institution believes that further fiscal reform on fossil fuel subsidies is also possible as past experiences of cutting off the fuel subsidy in 2014, which saved around Rp 200 trillion, was a success story that could be repeated again.

The report recommends that the government phase out various energy subsidies and push for the greater role of renewable energy. The experts said in the report that developing renewable energy is suitable for Indonesia not only because it is more and more cost competitive but also because the country has plenty of clean energy resources like geothermal energy.

The contribution of clean energy power plants in 2018 stood at around 12 percent, while coal-based electricity stood at more than 50 percent and will likely do so until 2027.

The Energy and Mineral Resources Ministry’s director for new and renewable energy Harris said earlier that Indonesia had a lot of untapped clean energy potential.

“To date, we have only utilized 2 percent of our renewable energy potential, but luckily our geothermal energy has become one of the world’s biggest producers,” he said recently.

Based on the ministry’s recent data, Indonesia has 442 gigawatts (GW) of renewable energy capacity, but only 9.42 GW or 2 percent has been installed.

Furthermore, the fiscal transition toward cleaner energy faces a challenge from the relationship between the government and its people that dictate policy, said energy expert from Jakarta-based Paramadina University Emanuel Bria.

“We have learned that our targets on clean energy, such as in the National Medium Term Development Plan [RJPMN], were always missed. And it is because the market dictates our policies, such that this year coal production exceeded the initial plan,” he said.

The IIDS acknowledged that a radical fiscal transition in the energy sector would be hard to attain, so they believe that the transition is a long-term goal with small steps that could be taken soon, such as increasing the use of abundant natural gas.

“Natural gas resources have a crucial role in the transition [toward cleaner energy]. Indonesia has more gas reserves than oil and the former is also much cleaner,” said the president director of energy firm PT Q Energy South East Asia David Braithwaite, who also the report’s researcher.